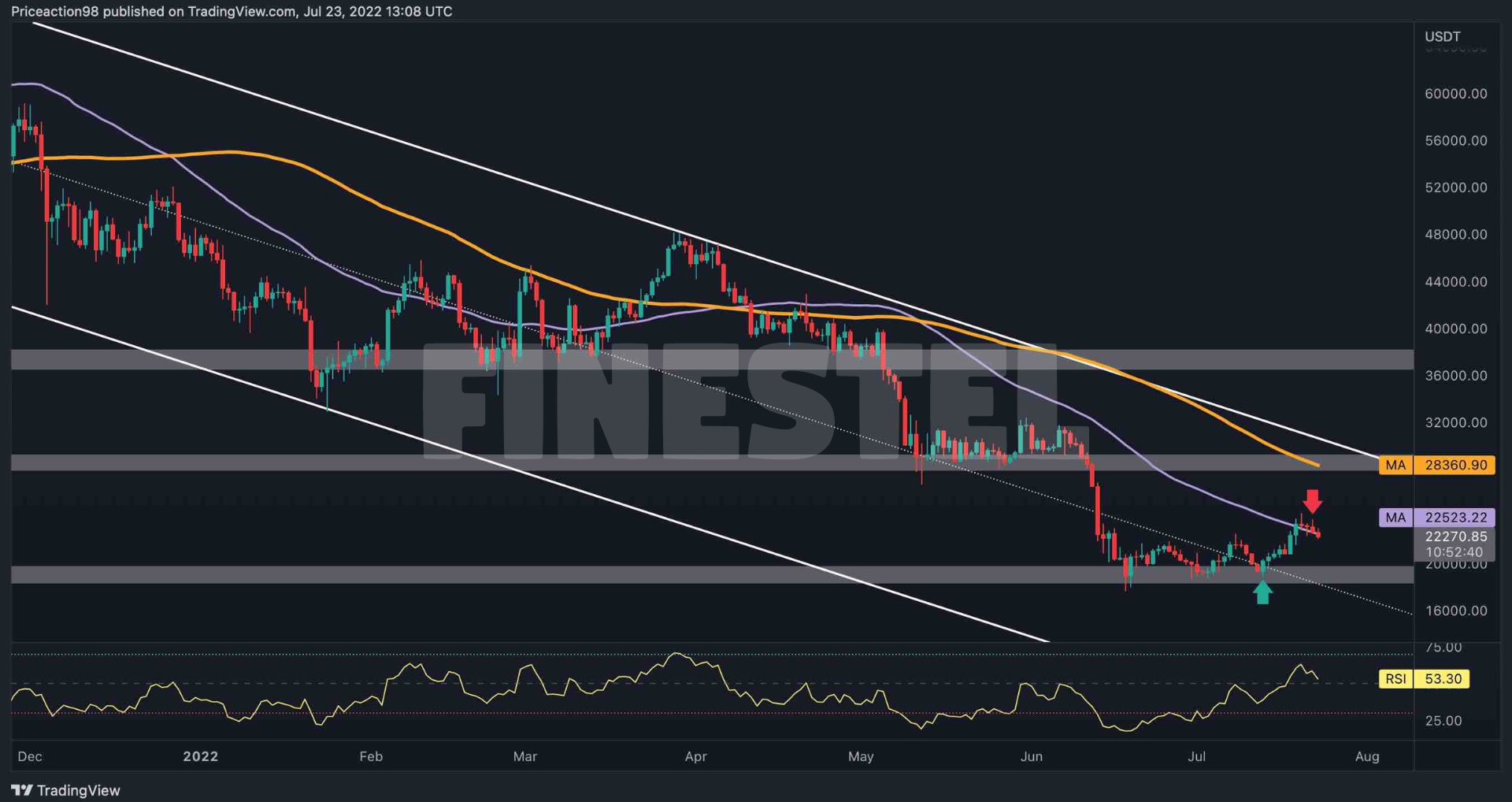 The $19K demand zone has served as a significant support level for Bitcoin’s price over the past few weeks resulting in a short-term rally towards the 50-day moving average at around $22K. However, the price failed to break out of the 50-day moving average, which is the most critical resistance level in Bitcoin’s path toward the $30K price channel.

On the other hand, as the following chart shows, the price broke the long-term descending channel’s middle boundary, successfully formed a pullback to the broken trendline, and initiated a rally. If Bitcoin breaks above its 50-day moving average(approximately $22.5K), a  surge toward the 100-day moving average(currently at $28K) and the channel’s upper boundary will be possible. Furthermore, the RSI indicator roughly hints at the relative equilibrium between the bulls and bears as it’s around 50. 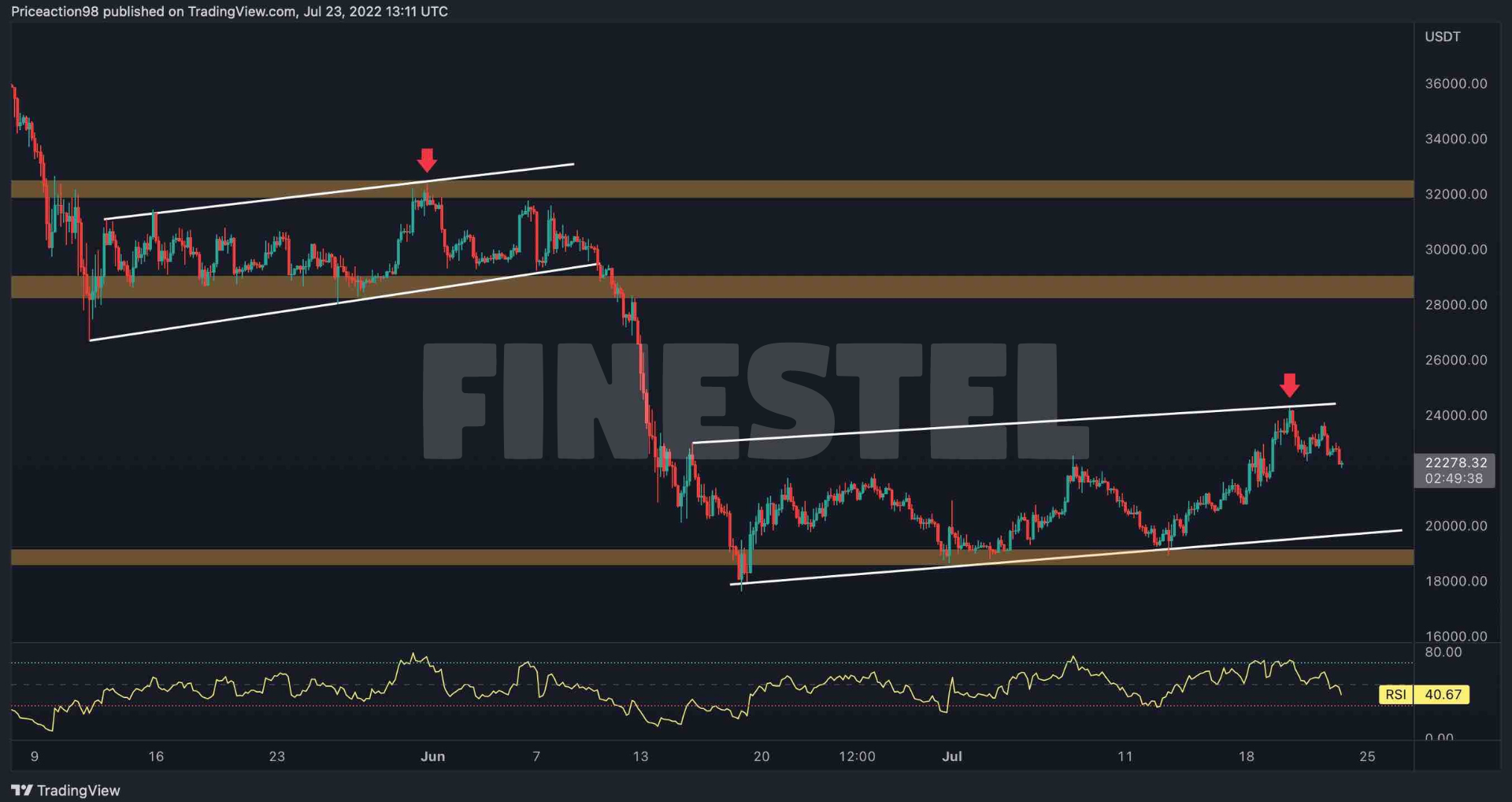 After experiencing a prolonged bearish trend, the price has entered a mid-term consolidation stage forming a well-known continuation pattern called a ‘wedge.’ However, the lower trendline and the $19K major support level have recently supported the price resulting in a surge towards the upper boundary.

However, the market failed to continue higher as the price was rejected from the wedge’s upper trendline and is plummeting in form of a correction. If Bitcoin successfully breaks the wedge to the upside, its next destination will be the $30K significant resistance level. In contrast, If the trendline rejects the price, a new short-term shakeout to the $18K mark would be possible.

Given the lack of demand and the current bearish sentiment in the crypto market, a new bearish cascade is the most predictable scenario for the cryptocurrency. 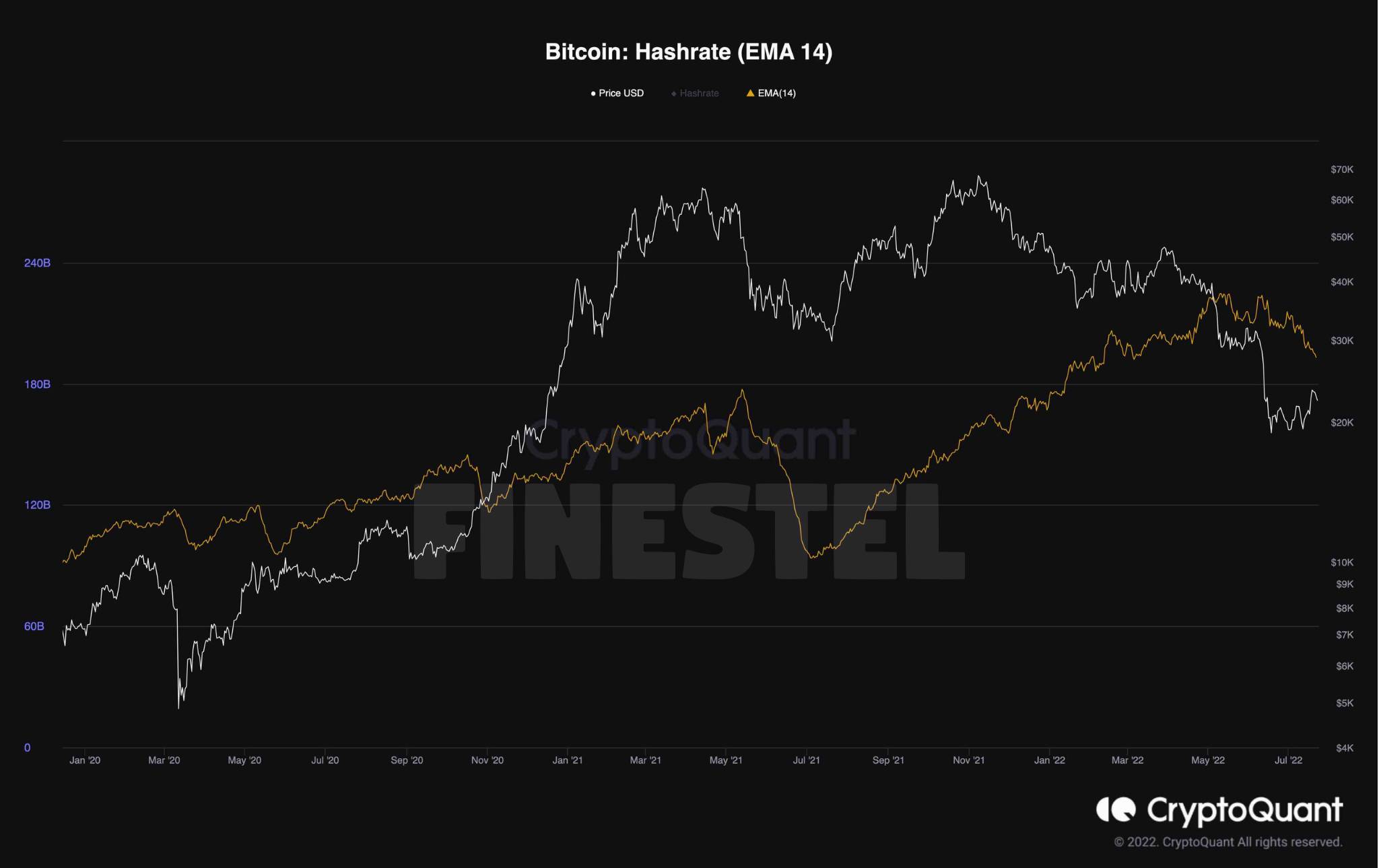 Miners have recently joined the capitulation phase and have been slightly distributing their assets. The same behavior is seen in Bitcoin’s hashrate, as it has been in a slight downtrend after registering a new all-time high during the recent massive shakeout.

Considering that Bitcoin’s price is down roughly 74% from its all-time high and mining Bitcoin might not be lucrative for many miners and mining pools, this slight decline in the hashrate is expected. However, given the magnitude of the recent price correction, the hashrate is still holding up pretty well. 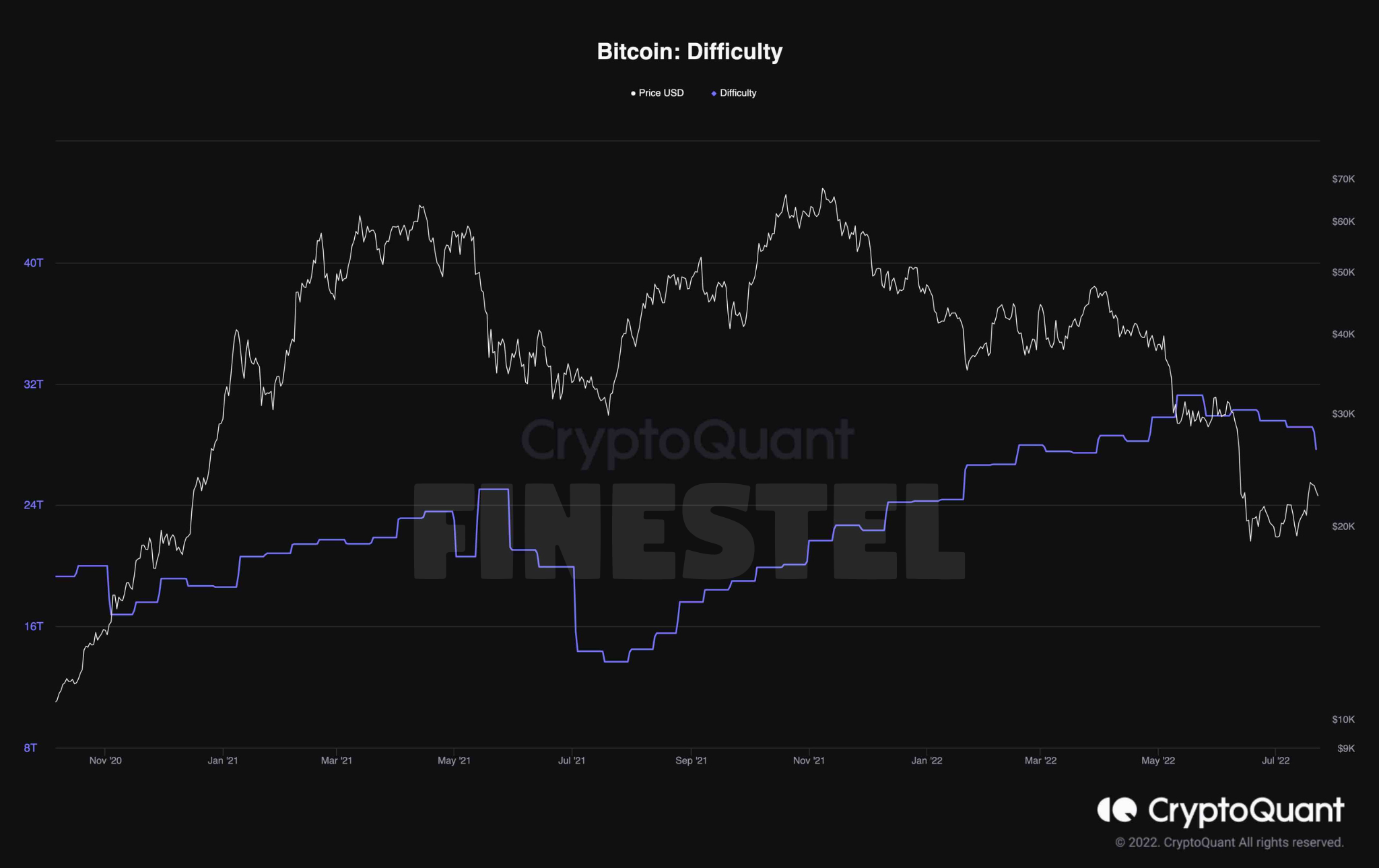 As stated earlier, Miners have capitulated and recently distributed a great proportion of their assets. Bitcoin’s Difficulty follows miners’ behavior and the hash rate’s latest movements and readjusts based on how many miners currently have their machines plugged in. Generally, when they’re more active miners, the difficulty adjustment makes it harder for them to mine a block and ensure that the block production remains relatively constant.

Relying on CryptoQuant data, the most recent adjustment has reduced the difficulty by 5.01 percent. Since July 3rd, 2021, this is the most significant single negative decrease in Bitcoin’s difficulty. Additionally, it is the third consecutive negative one, making it the longest such streak in a little more than a year.

Bottom line: Historically, the miners’ capitulation has led to the end of the bear market. Therefore, Bitcoin may soon reach its long-term bottom and begin a new uptrend toward higher price levels.